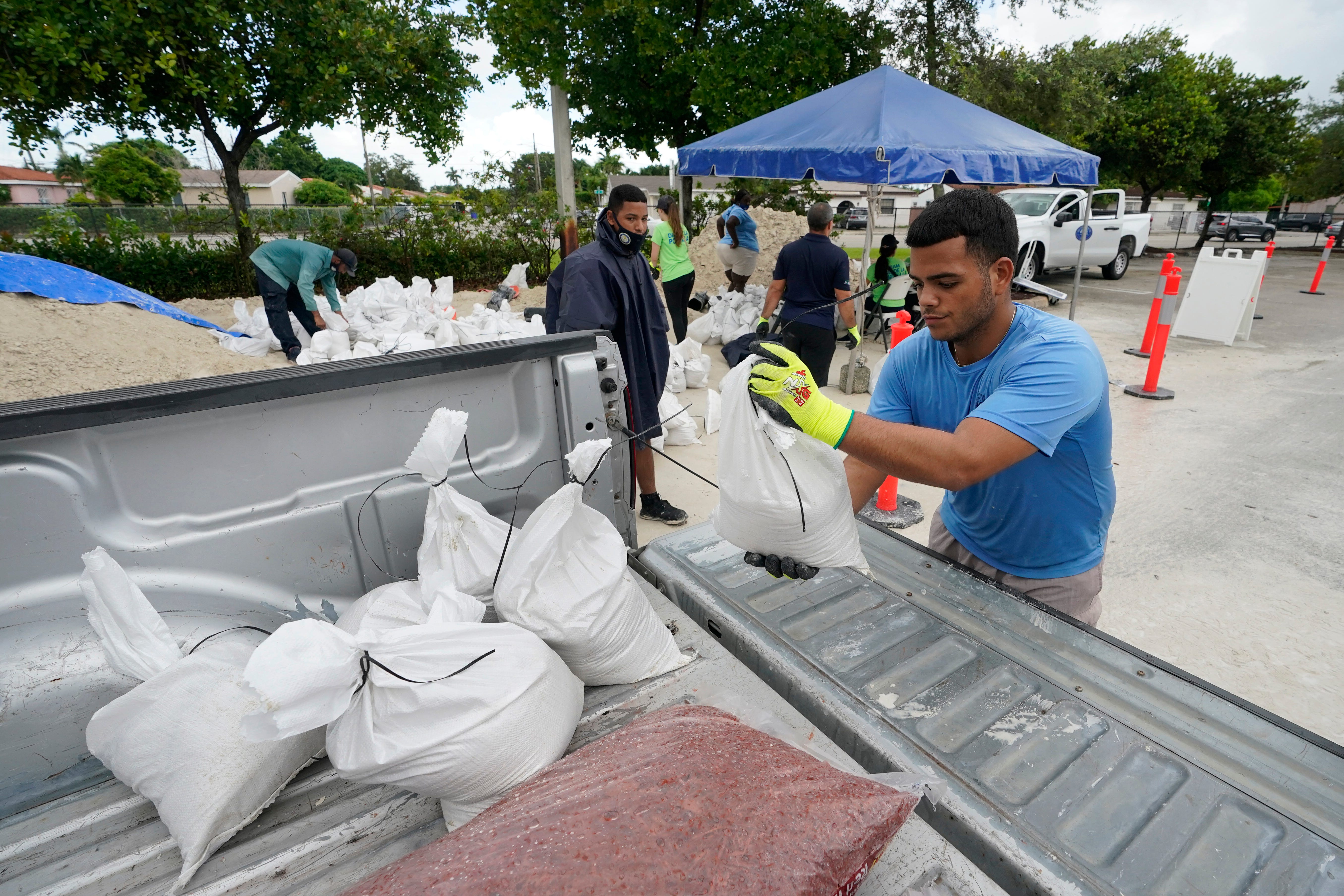 A tropical storm warning was in effect Sunday for most of the Florida Panhandle as the remnants of Fred took aim for the coast and Tropical Storm Grace threatened to follow suit later in the week.

Fred, which regained tropical storm status early Sunday, could blast parts of the panhandle with up to a foot of rain and possibly tornadoes Monday and Tuesday, the National Weather Service said. And Grace could be worse.

Fred was centered 200 miles southwest of Tampa early Sunday, driving sustained winds of nearly 40 mph and rolling toward the coast at about 12 mph. Those strong winds stretched out for 80 miles from the storm’s center.

On the forecast track, the system was expected to cross the Gulf of Mexico and make landfall in the western Florida Panhandle Monday afternoon or Monday night, the weather service said.

Prepare for extreme weather:Hurricane season is upon us during a pandemic. Here’s what you need to protect yourself.

A storm surge warning was in effect for parts of the panhandle. Jack Beven, a senior hurricane specialist, urged local residents to follow evacuation and other instructions from local authorities.

“This is a life-threatening situation,” Beven said. “Take all necessary actions to protect life and property from rising water and the potential for other dangerous conditions.”

Gov. Ron DeSantis has issued a state of emergency for 23 of Florida’s 67 counties. Alabama Gov. Kay Ivey said authorities in her state also were monitoring the storm and encouraged residents to be “weather aware.”

“Fred’s current projected path includes Alabama,” she said. “We are keeping a close eye on this storm as the forecast develops and will be ready to act from the state level if needed.”

Fred roared through the Caribbean as a tropical storm earlier in the week before weakening to a depression. It rolled over the Dominican Republic and Haiti, knocking out power to 400,000 homes and businesses before Haiti was then rocked by a massive earthquake.

The flooding forced Dominican authorities to shut down part of an aqueduct system, interrupting water service for hundreds of thousands of people. Local officials reported hundreds of people were evacuated and some buildings were damaged.

As Fred continued its march, Tropical Storm Grace was sweeping across the Caribbean with sustained winds of about 40 mph. The storm was centered 145 miles south of San Juan, Puerto Rico, and the rains arrived early Sunday. Grace was bound for the Dominican Republic and Haiti sometime Monday. Some areas could be swamped with up to 15 inches of rain, the weather service said.

The storm would intensify problems in Haiti, which remains in turmoil from the magnitude 7.2 earthquake early Saturday that crumbled buildings, killed more than 700 people and injured at least 2,800 people. Even before the quake, hospitals in the nation of 11 million people had been struggling with the pandemic and a lack of resources to deal with it.

Douty said Grace could slam parts of the Southeast U.S. with heavy rains and strong winds by week’s end if it maintains its organization.

A pair of massive wildfires within 150 miles of each other are terrorizing thousands in northern California two years after Gov. Gavin Newsom cut … END_OF_DOCUMENT_TOKEN_TO_BE_REPLACED