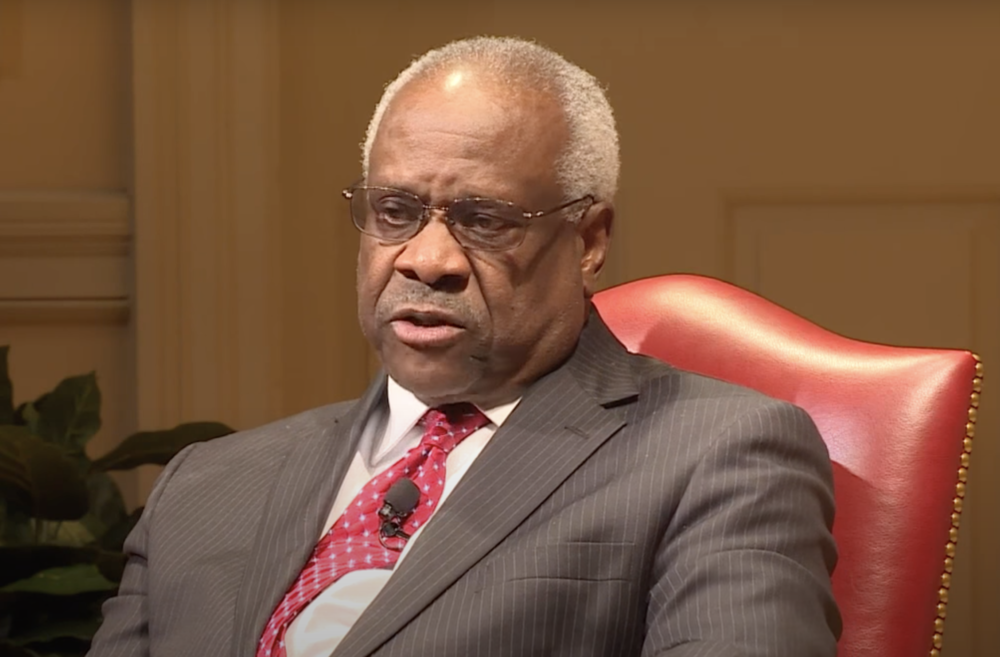 In his concurring opinion issued in Jones v. Mississippi decision on Thursday, Thomas tucked in a criticism of the court’s hypocrisy in considering juvenile criminals as “children” while pretending that young girls who want to have abortions are responsible enough to choose.

“When addressing juvenile murderers, this Court has stated that ‘children are different’ and that courts must consider ‘a child’s lesser culpability,’” Thomas wrote. “And yet, when assessing the Court-created right of an individual of the same age to seek an abortion, Members of this Court take pains to emphasize a ‘young woman’s’ right to choose.”

While the Supreme Court ruled that judges may give juvenile murderers life sentences, Thomas cited multiple abortion cases decided by the high court containing commentary from justices who were quick to note a teen’s ability to choose, such as in Lambert v. Wicklund, Planned Parenthood of Southeastern Pa. v. Casey, and Ohio v. Akron Center for Reproductive Health.

“It is curious how the Court’s view of the maturity of minors ebbs and flows depending on the issue,” Thomas noted.

Thomas’s comments follow recent deadly acts involving teen females. Sixteen-year-old Ma’Khia Bryant was fatally shot by police this week when she lunged with a knife at another young female. In March, a 13-year-old girl and a 15-year-old girl were arrested and charged with felony murder in the death of Pakistani immigrant Mohammad Anwar. Video of the crime shows the two girls carjacking Anwar with a stun gun and his body being ejected from the car after the perpetrators drove off and crashed, killing him in the process.

Thomas also recently offered his thoughts on Big Tech censorship in a ruling for writ of certiorari in President Joe Biden v. Knight First Amendment Institute at Columbia University. In his opinion, Thomas expressed his concerns with the protections given to corporate tech giants and outlined how their monopoly power could be broken up.

“It seems rather odd to say that something is a government forum when a private company has unrestricted authority to do away with it,” Thomas wrote. “The disparity between Twitter’s control and Mr. Trump’s control is stark, to say the least. … Today’s digital platforms provide avenues for historically unprecedented amounts of speech, including speech by government actors. Also unprecedented, however, is the concentrated control of so much speech in the hands of a few private parties. We will soon have no choice but to address how our legal doctrines apply to highly concentrated, privately owned information infrastructure such as digital platforms.”

A pair of massive wildfires within 150 miles of each other are terrorizing thousands in northern California two years after Gov. Gavin Newsom cut … END_OF_DOCUMENT_TOKEN_TO_BE_REPLACED