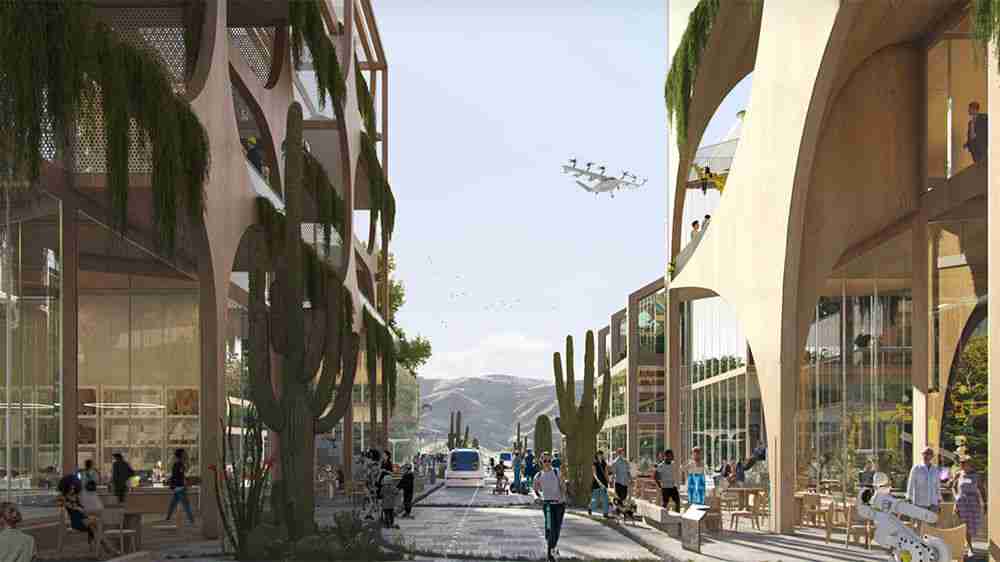 The new city founded on “Equitism” and the ideals of 19th century economist/philosopher Henry George doesn’t have a location yet, but it does have an architect. The Barkje Ingels Group has signed on to design Telosa, a planned sustainable city dreamed up by former Walmart e-commerce CEO Marc Lore.

Telosa, based on the Greek term “telos,” meaning “the highest purpose,” is most likely to be situated in the American Southwest and hopes to welcome its first 50,000 inhabitants by 2030. It would have a 15-minute city with wide streets for walking, biking, and automated public transportation.

“We are going to be the most open, the most fair, and the most inclusive city in the world,” Lore says in a promotional video.

Cars would not be welcome in Telosa, and the idea is that with public transportation and all services a person could need within easy walking distance, there would be no need for them. Renewable energy, mostly from solar panels, would power the city, and water would be recycled. Aeroponic gardens would provide fresh produce.

“We are absolutely not attempting to create a utopia,” Lore says. “Utopian projects are focused on creating a perfect, idealistic state – we are not. We are firmly grounded in reality and what is possible. We are focused on the best, most sustainable solutions for infrastructure, urban design, economic vibrancy and city services, but we fully recognize that no solution is perfect, and all human systems have flaws.”

The centerpiece of Telosa would be a tower called Equitism, a central meeting place for citizens, who would all share in governance and in the city’s fortune, so as the land increased in value, citizens would reap the benefits.

Lore estimates the full-size city would cost about $400 billion to build, starting with $25 billion for the first phase. He is scouting locations in Idaho, Utah, Nevada, Arizona, Texas, and Appalachia. Any American citizen would be welcome to become a citizen of Telosa.

“I would want people to have a sense of pride in the city,” Lore says in the video, “because the city lives by a set of values that resonates with them.”

A pair of massive wildfires within 150 miles of each other are terrorizing thousands in northern California two years after Gov. Gavin Newsom cut … END_OF_DOCUMENT_TOKEN_TO_BE_REPLACED