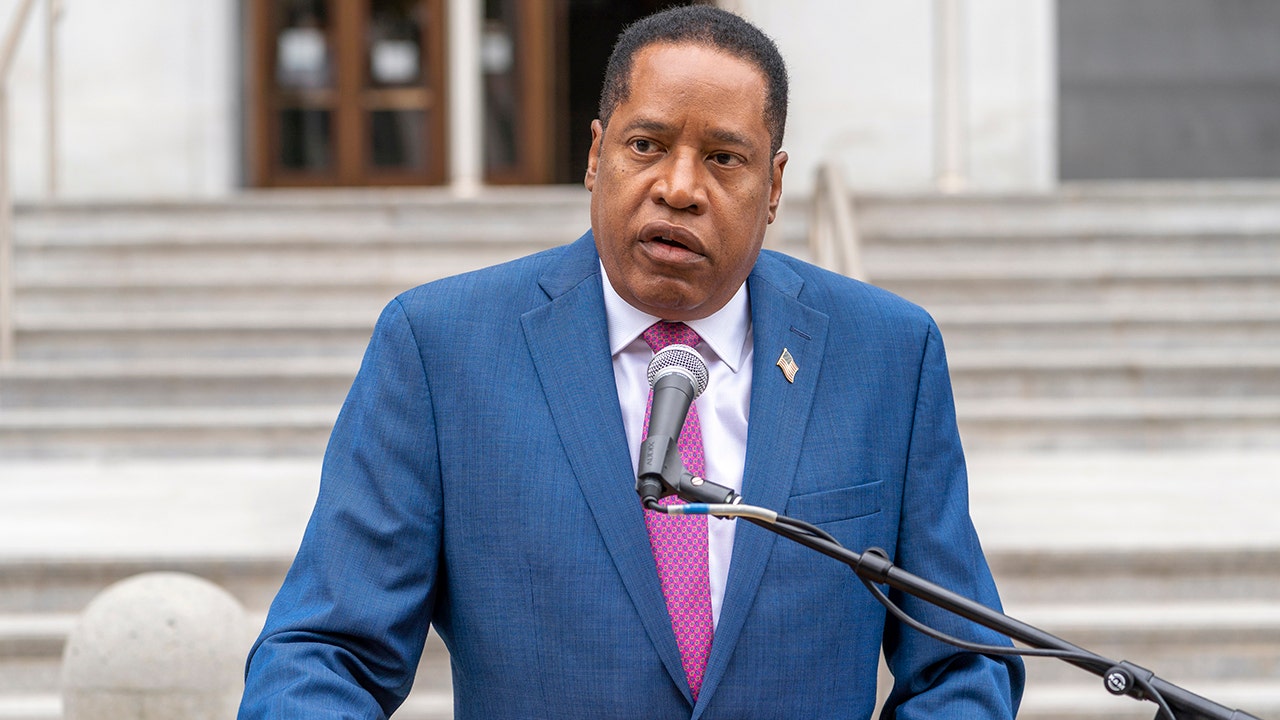 California candidate for governor Larry Elder had his campaign event halted Wednesday after protesters shot his security detail with a pellet gun.

“Today I kicked off the Recall Express bus tour. Before we even left Los Angeles, my security detail was physically assaulted, shot with a pellet gun, and hit with projectiles,” the Republican candidate said in a statement on Twitter. “The intolerant left will not stop us. We will recall Gavin Newsom. We will save California.”

Pellet guns can cause serious injury, particularly at close range.

Elder’s statement comes after videos surfaced earlier Wednesday of a masked protester throwing eggs at Elder as he campaigned through the Venice neighborhood of Los Angeles.

The video shows Elder walking through the neighborhood as an egg thrower narrowly missed the candidate.

“We’re getting egged from behind,” a member of his security detail can be heard saying.

Elder’s security team then quickly escorted him to a waiting SUV and departed the area.

Elder, who would be the first black governor of California if elected, is currently the leading candidate to replace current Gov. Gavin Newsom if the recall effort against Newsom were to be successful next week.

But voters in California may be more inclined to stick with their current governor, with polls showing that the effort to remove Newsom from office faces a double-digit deficit as the election nears.

California voters are faced with two questions on the recall ballot, the first being whether or not they vote to remove the current governor from office. If a majority of voters believe Newsom should be removed, only a plurality is required to determine the state’s next governor.

A pair of massive wildfires within 150 miles of each other are terrorizing thousands in northern California two years after Gov. Gavin Newsom cut … END_OF_DOCUMENT_TOKEN_TO_BE_REPLACED