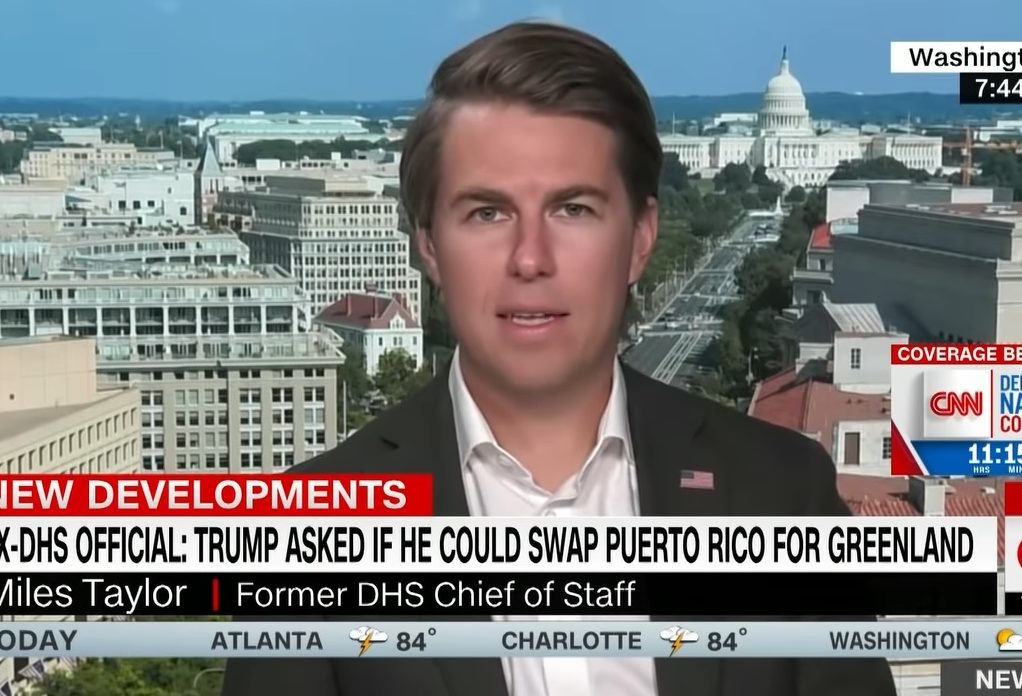 The author of an anonymous 2018 New York Times op-ed identified as a senior Trump White House official claiming to be an undercover agent of “The Resistance” landed a new role since his departure from a mid-level role at the Pentagon: senior fellow at the Big Tech-funded libertarian think tank R Street Institute.

Taylor, 34, wrote under the hidden penname “anonymous” to smear President Donald Trump while serving as a mid-tier bureaucrat in the Department of Homeland Security (DHS), publishing both an op-ed in the Times and a book in 2019 to raise hysteria over the Republican president’s competence in office. While Taylor served as a mere policy adviser in DHS, the Times granted Taylor the generous label of anonymity with the title “senior administration official” leading to rampant speculation the author might have been anyone from White House Chief of Staff John Kelly to even Melania Trump.

Taylor outed himself as the anonymous author in October, weeks before the November presidential contest, and, as is characteristic of Republicans with an anti-Trump vendetta, had signed a contract with CNN the month prior.

Donald Trump is a man without character. It’s why I wrote “A Warning”…and it’s why me & my colleagues have spoken out against him (in our own names) for months. It’s time for everyone to step out of the shadows. My statement: https://t.co/yuhTgZ4bkq

The network denied it knew of Taylor’s anonymous authorship when it hired him, where he remains a contributor.

Ok, so is he still a CNN contributor now that we know he lied to CNN? https://t.co/xcwRjj2qth

Taylor lied to CNN’s Anderson Cooper on air the month before signing his contract with the network when asked directly if the former DHS official was author of the anonymous material disparaging the administration from the inside.

“I wear a mask for two things, Anderson: Halloween and pandemics, so no,” Taylor said.

In August, Taylor was asked directly by CNN’s Anderson Cooper whether he was Anonymous.

Taylor’s response: “I wear a mask for two things, Anderson: Halloween and pandemics. So, no” https://t.co/hTytaMK3aF pic.twitter.com/cm5V43cQOT

Taylor will now examine technology issues in the realm of cybersecurity, national security, and technology policy at the R Street Institute.

A pair of massive wildfires within 150 miles of each other are terrorizing thousands in northern California two years after Gov. Gavin Newsom cut … END_OF_DOCUMENT_TOKEN_TO_BE_REPLACED