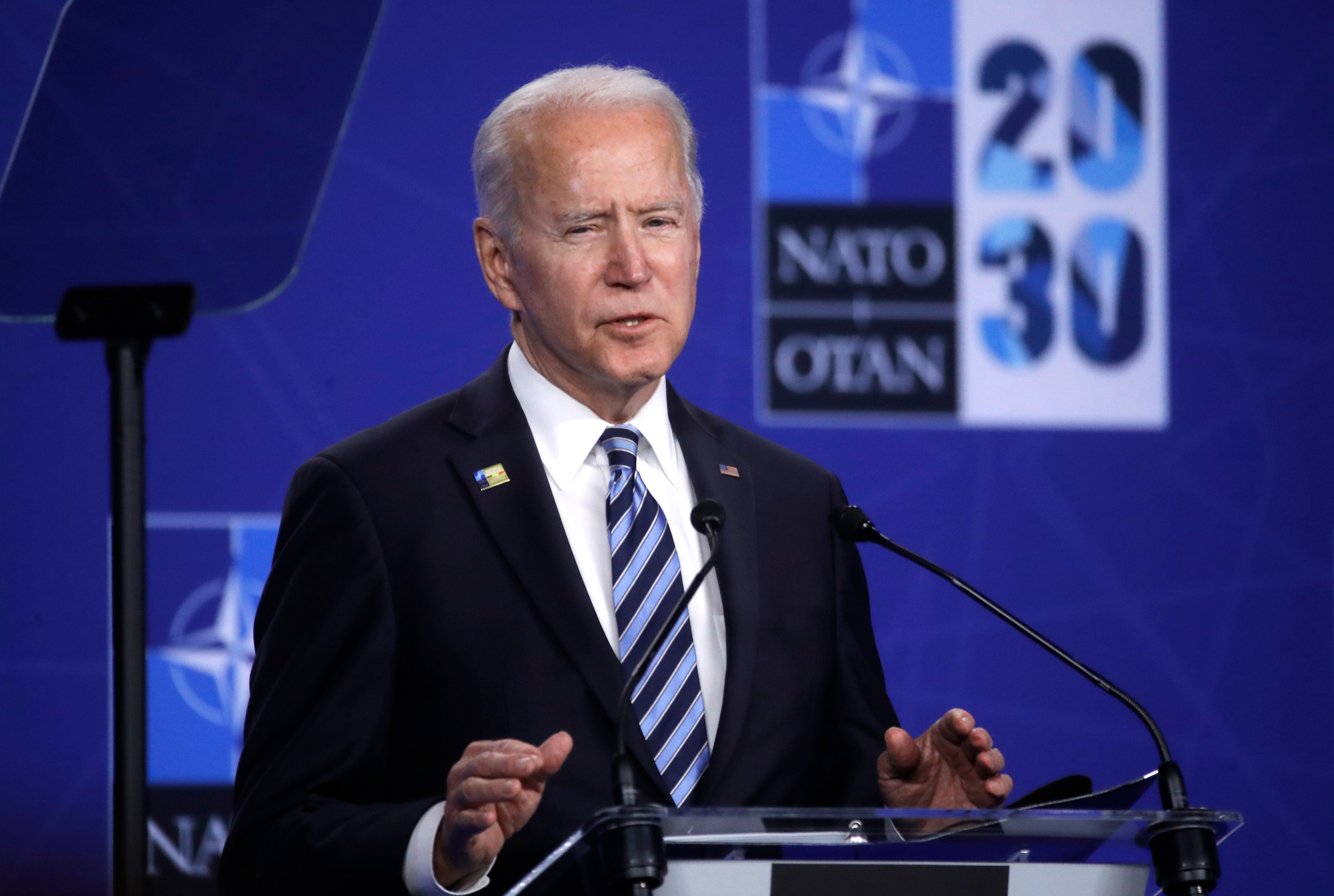 President Biden blasted former president Donald Trump and Republicans during a press conference following a NATO summit in Brussels on Monday, even though Biden’s campaign ripped Trump in 2019 for waging a political attack overseas.

Biden blasted Trump’s “phony populism” in response to a reporter’s question about what Biden has said to allies who may be wary of trusting the U.S. post-Trump.

Republicans and Democrats have long observed a tradition that “politics stops at the water’s edge.”

“It is a shock and surprise that what’s happened in terms of the consequence of President Trump’s phony populism has happened,” Biden said Monday. “It is disappointing that so many of my Republican colleagues in the Senate, who I know know better, have been reluctant to take on, for example, an investigation because they’re worried about being primaried … That’s why it’s so important that I succeed in my agenda.”

Biden appeared to be referring to an investigation into the events of Jan. 6.

“It’s important that we demonstrate we can make progress and continue to make progress, and I think we’re going to be able to do that,” he continued. “So, as I said, the proof will be in where it is in six months from now where, where we are, but I, think you’re gonna see that, God willing, we’re going to be making progress and there’s going to be a coalescing of a lot of Republicans, particularly younger Republicans, who are coming up in the party.”

President Joe Biden touches a piece of steel from the North Tower of the World Trade Center while visiting a memorial to the September 11 terrorist attacks at NATO headquarters in Brussels, Monday, June 14, 2021. (AP Photo/Patrick Semansky)

Biden’s presidential campaign criticized Trump in 2019 when the former president spoke out against Biden while on foreign soil. Trump was in Japan at the time.

“The President’s comments are beneath the dignity of the office,” deputy campaign manager Kate Bedingfield at the time said in a statement to Fox News. “To be on foreign soil, on Memorial Day, and to side repeatedly with a murderous dictator against a fellow American and former Vice President speaks for itself. And it’s part of a pattern of embracing autocrats at the expense of our institutions — whether taking Putin’s word at face value in Helsinki or exchanging ‘love letters’ with Kim Jong Un.”

A pair of massive wildfires within 150 miles of each other are terrorizing thousands in northern California two years after Gov. Gavin Newsom cut … END_OF_DOCUMENT_TOKEN_TO_BE_REPLACED