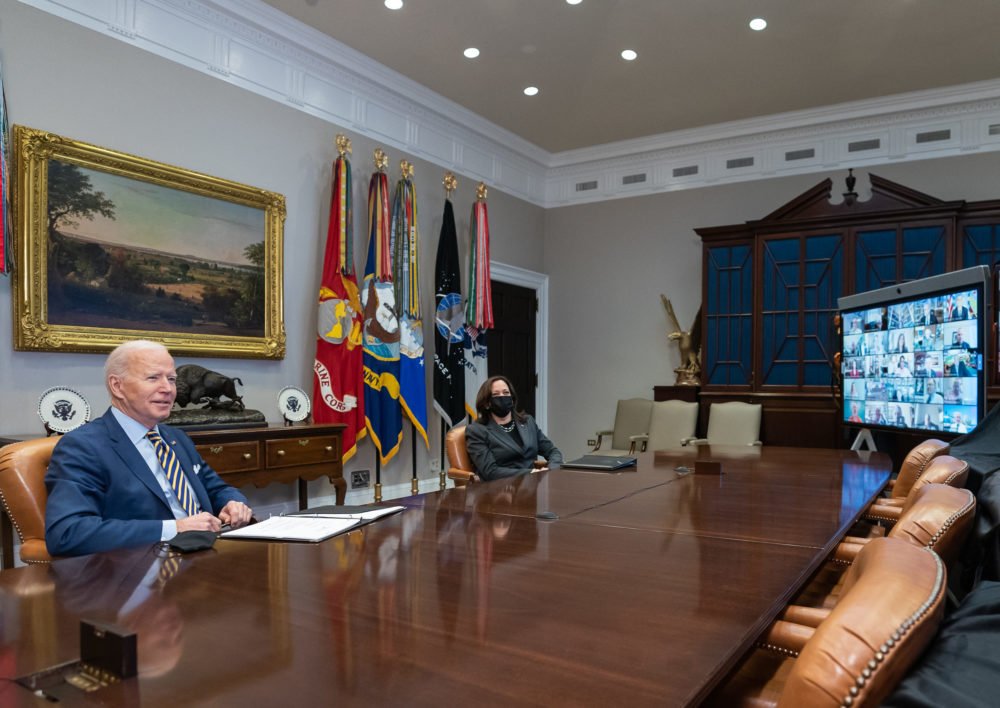 President Joe Biden issued an executive order Friday directing a commission of 36 scholars, former judges, lawyers, and others led by a former Obama adviser to evaluate expanding the number of justices on the Supreme Court.

The reportedly bipartisan commission has 180 days to provide a study to Biden examining and outlining “the genesis of the reform debate, the Court’s role in the Constitutional system, the length of service and turnover of justices on the Court” as well as “the Court’s case selection, rules, and practices.”

“The Commission’s purpose is to provide an analysis of the principal arguments in the contemporary public debate for and against Supreme Court reform, including an appraisal of the merits and legality of particular reform proposals,” the White House said in a statement.

Despite Biden’s previous refusal to admit that he wants to pack the courts and the corporate press’s inability to pressure him further on his position, the Democrat has faced mounting pressure from progressives to take action and power away from what they see as a conservative-controlled judicial body. During his time on the campaign trail, Biden signaled that Court reform was a priority at the top of his agenda because the system is “getting out of whack.”

Left-leaning Justice Stephen Breyer expressed caution over a politically motivated increase in the number of justices on the Supreme Court this week because he said it would undermine the judicial branch’s “legal principle.”

“I hope and expect that the court will retain its authority,” he said. “But that authority, like the rule of law, depends on trust, a trust that the court is guided by legal principle, not politics. Structural alteration motivated by the perception of political influence can only feed that perception, further eroding that trust.”

Late Justice Ruth Bader Ginsburg issued a similar warning against expanding the Court in 2016 because she said it could damage judicial integrity.

Republican legislators also spoke out against Biden’s commission and warned that Biden’s decision should be anything but a surprise because Democrats have signaled a need for change for years.

“Of course, this is just another example of the liberal preference for attacking norms and institutions, rather than working within them,” Senate Minority Leader Mitch McConnell said. “When Democrats lose a floor vote, it’s time to change Senate rules. When they lose a presidential election, it’s time to abolish the Electoral College. And when activists’ cases fall flat against the rule of law, it’s time to ignore Justices Ginsburg and Breyer and pack the Supreme Court.”

A pair of massive wildfires within 150 miles of each other are terrorizing thousands in northern California two years after Gov. Gavin Newsom cut … END_OF_DOCUMENT_TOKEN_TO_BE_REPLACED