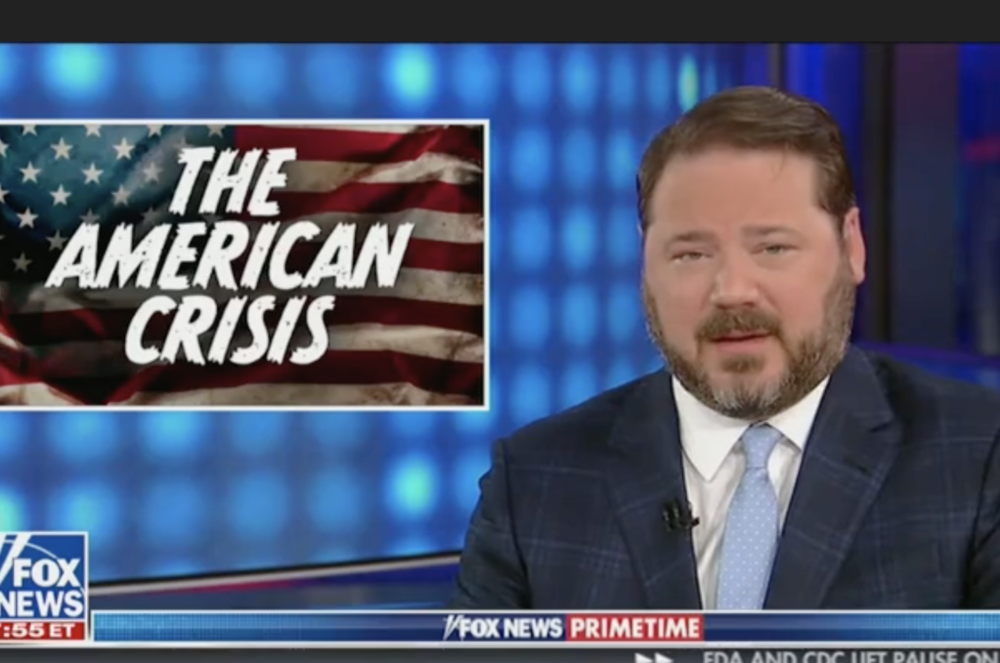 Federalist Publisher Ben Domenech said that to pry the nation so many Americans love back from the leftist rulers who have overrun it, Americans must be willing to fight small battles in their communities.

It is the “small victories” such as a 99-year-old World War II veteran pinning his grandson, two officers helping deliver a baby, and a U.S. Army soldier rescuing a migrant girl from drowning, he said, that can make a true difference in history.

“Think of the civilian small craft who saved the British Army at Dunkirk, and the Cajun Navy that swung into action after Hurricane Katrina,” Domenech said at the conclusion of his week guest-hosting Fox News “Primetime” Friday. “All these little stories are really big ones. They are about rescuing the American idea, one little boat, one soldier, one family, one community at a time.”

President Joe Biden, Domenech noted, is “not an ally” in this fight, and neither is almost all of the current ruling class, so it’s up to individuals to create change and “to make clear we will not accept their fictional, falsified frame of the nature of our country, or the American people, or reality itself.”

“Understand the Elect don’t just want to rule us. They want to destroy the things we love. They want to grind us down little by little so that in the end, we have nothing and want nothing except for what they will deign to give us. And all the while, they look down on you from the heights of the institutions, they now control… All they have over us then is tyranny, and I will not live under that yoke,” Domenech said.

True Americans, Domenech said, will stand up to fight this tyranny in whatever ways each of us can.

“We believe that all men are created equal, that they have an equal right to life, liberty, and the pursuit of anything that lies beyond that far horizon,” Domenech said. “We will not forget the face of our fathers by denying that fact or give in to the liars who would erase their creed. I don’t say this will be easy. It won’t. Nothing worth doing is, but as G.K. Chesterton wrote, ‘We are to regard existence as a raid, or a great adventure. It is to be judged, therefore, not by what calamities encounter, but by what flag it follows, and what high town it assaults.’ The high town of the elect seeks to rule you. It’s time we take the fight to them.”

A pair of massive wildfires within 150 miles of each other are terrorizing thousands in northern California two years after Gov. Gavin Newsom cut … END_OF_DOCUMENT_TOKEN_TO_BE_REPLACED