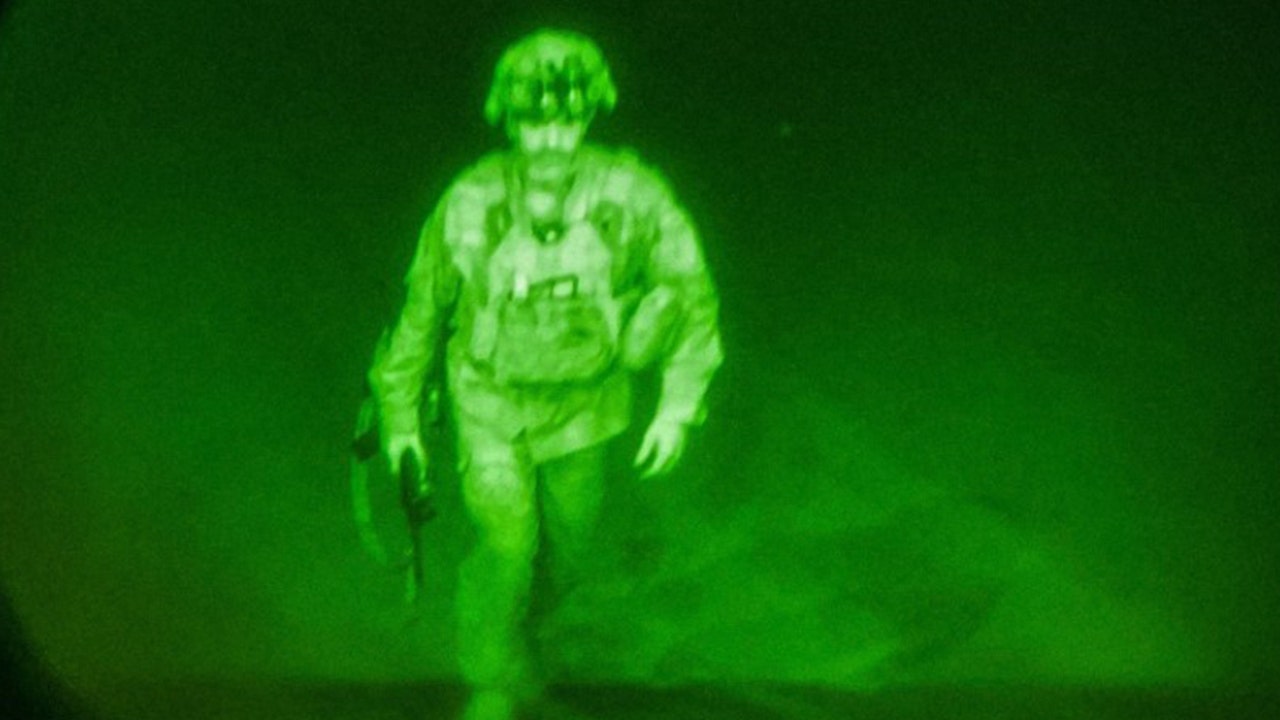 The U.S. Army’s XVIII Airborne Corps posted a photo of the last soldier to leave Afghanistan, as U.S. troops sped to finish evacuating the country before the Aug. 31 deadline.

“In awe of our Sky Dragon Soldiers,” the unit posted on Twitter. “This was an incredibly tough, pressurized mission filled with multiple complexities, with active threats the entire time. Our troops displayed grit, discipline and empathy. Below is a picture of the last Soldier to leave Afghanistan.”

The post attached a photo of an unknown soldier photo plane at night, marking the last soldier to depart from the country.

LAST US TROOPS HAVE DEPARTED AFGHANISTAN

But the end of America’s involvement in the country still left questions to be answered, including the fate of possibly hundreds of Americans whom U.S. troops were forced to leave behind when they departed.

“There’s a lot of heartbreak associated with this departure,” McKenzie said. “We did not get everybody out that we wanted to get out.”

The military also left equipment behind, including the C-RAM (counter-artillery, artillery and mortar) system that was used to intercept rocket attacks, several armored Humvees, and some aircraft. McKenzie said that none of the equipment was still mission capable.

Threats from ISIS continued to loom over the evacuation up until the very end, though McKenzie said the U.S. deployed “overwhelming” airpower to help defend troops on the ground from another terrorist attack.

A pair of massive wildfires within 150 miles of each other are terrorizing thousands in northern California two years after Gov. Gavin Newsom cut … END_OF_DOCUMENT_TOKEN_TO_BE_REPLACED