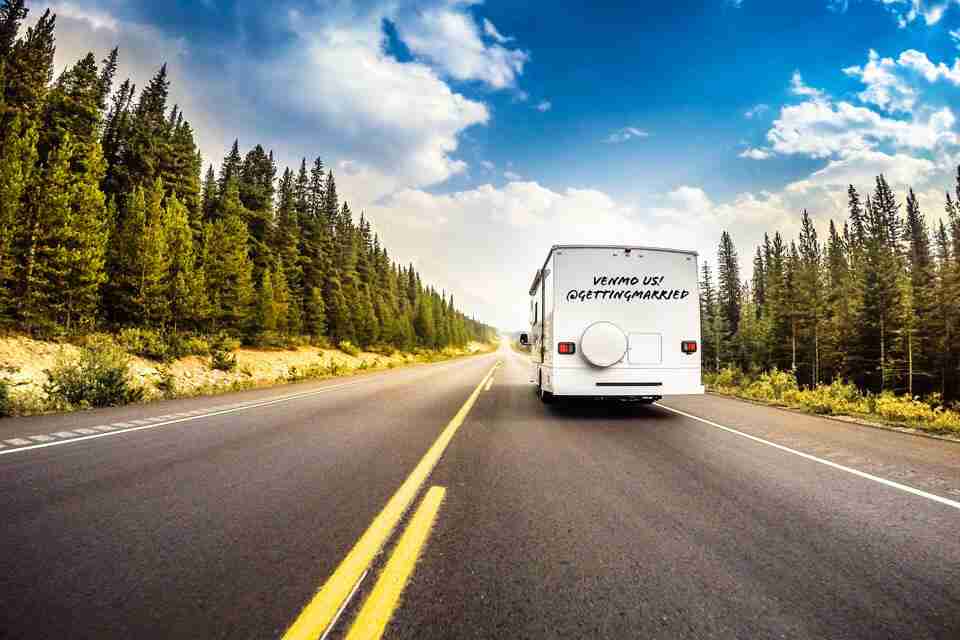 Traveling around the country on scenic roads while stopping at unfamiliar and exciting locations is enough to bring out even the biggest homebody’s inner vagabond.

A road trip with friends and family can create memories that last a lifetime, and the fun doesn’t stop once you take your foot off the gas.

Like any vacation, however, a road trip costs money. And it can be enough to make even the most cash-confident traveler weary. Allocating funds for essentials like gas, lodging, food, entertainment, and any nifty trinkets you happen to find along the way can add up fast.

Fortunately, there is a solution: crowdfunding. And it is growing in popularity among a generation that is becoming increasingly comfortable asking strangers for money.

In order to score some all-important funding, road trippers have been adorning their cars’ back windows with information to their Venmo and Cash App accounts, allowing other drivers to transfer money into their accounts to help them either reach their destination, accomplish a goal of some kind or simply contribute to their fun.

Videos on TikTok of people successfully getting money transferred into their accounts have played a role in popularizing the method.

With the pandemic subsiding and people beginning to venture out of their homes, videos have been springing up on social media of travelers finding success in getting all-expenses-paid road trips thanks to friendly strangers on the road.

Kori Roy, a hip-hop artist from Austin, Texas, told The Washington Post that TikTok videos inspired her to try out the trend during a recent trip to New Orleans for her wife’s 29th birthday.

Roy wrote “Help us get to New Orleans!” on the back of her Hyundai, along with her Venmo and Cash App account information, and waited for the money to roll in.

While nothing happened initially, Roy said she ended up with more than $500 worth of donations, which paid for the couple’s entire trip aside from their prepaid Airbnb.

“It was super fun. More people are willing to help you than we realize,” Roy told The Washington Post. “It was like, ‘Oh, this is some good karma right here.’”

Jenna Drenten, an associate professor of marketing at Loyola University, told The Washington Post the trend’s success can be attributed in part to the pandemic, which led to an increase in charitable crowdfunding for people who suffered hardships such as lost jobs or had to deal with high healthcare bills.

“My perspective is that individuals feel more liberty to share their celebratory experiences and to use those same practices that became normalized throughout the pandemic,” Drenten told The Washington Post. “When we think about well-being during the pandemic, it was survival. Now well-being is celebration and being able to express yourself and enjoy your life.”

That many were often willing to help out complete strangers during their time of need is certainly a positive takeaway from the pandemic, and that willingness appears to have staying power.

The charitable state-of-mind has also been made easier by applications like Venmo, which enable people to send money quickly and securely, and the company told The Washington Post that, while not its original purpose, crowdfunding is an example of how it can be used positively.

“While Venmo was designed for payments between friends and family, we’re inspired to see the ways that the Venmo community is helping one another,” spokesman Jaymie Sinlao wrote in an email to The Washington Post. “Whether they’re supporting others in need or chipping in to help someone celebrate a milestone or special occasion.”

Crowdfunding doesn’t have to be contained to just those sharing the road with you, either. Alyssa Harris, a 25-year-old dental hygienist from Tennessee found that out while traveling to Charleston, S.C., for her bachelorette party in April.

Harris told the Washington Post she earned $3,200 after writing on her back window that she was about to be married, but believes most of the donations actually came from her 172,000+ followers on TikTok, where she had documented the experience.

“It was crazy,” Harris told The Washington Post. “I started feeling guilty, like, ‘Do I shut it off? What do I do?’ It was so surreal.”

Taking advantage of a high follower count is certainly another tactic to get funding for your trips, and it can’t hurt if it is a celebratory event. Harris told The Washington Post she ended up spending the money on groceries, gas, Uber rides for her friends and dinner at a fancy restaurant.

Tale as old as time

While bankrolling road trips with Venmo and Cash App is the 21st century way to crowdfund, the practice has actually been around much longer than you might have thought.

Christopher Columbus, who famously sailed from Spain to the Americas in 1492, had half of his trip crowdfunded by a group of wealthy Italian donors who promised to bankroll part of his journey if the Queen of Spain pitched in half.

Captain Meriwether Lewis and Lieutenant William Clark, meanwhile, were only able to explore the Louisiana Purchase during their Lewis and Clark Expedition in 1804 thanks to crowdfunding efforts led by U.S. President Thomas Jefferson.

All that is to say, it is neither new nor unique for a trip to be funded by strangers, so you shouldn’t feel like you are venturing into completely unchartered territory if you decide to partake.

Jumping back to present day, advertising on your car’s rear window isn’t the only way to get in on the act.

One avenue is through American crowdfunding company, Kickstarter, which allows users to request money from donors who are interested in supporting either a project or startup.

While users are barred from asking for money for leisure activities, it is perfectly acceptable to ask for money to fund a creative project that would require an individual to be in a specific location.

Writing a story about the area, filming a documentary, or even doing work with the local population could all be acceptable reasons to ask for crowdfunding from Kickstarter.

Other crowdfunding websites include GoFundMe, Crowdfunder, and Crowd Rise.

A pair of massive wildfires within 150 miles of each other are terrorizing thousands in northern California two years after Gov. Gavin Newsom cut … END_OF_DOCUMENT_TOKEN_TO_BE_REPLACED