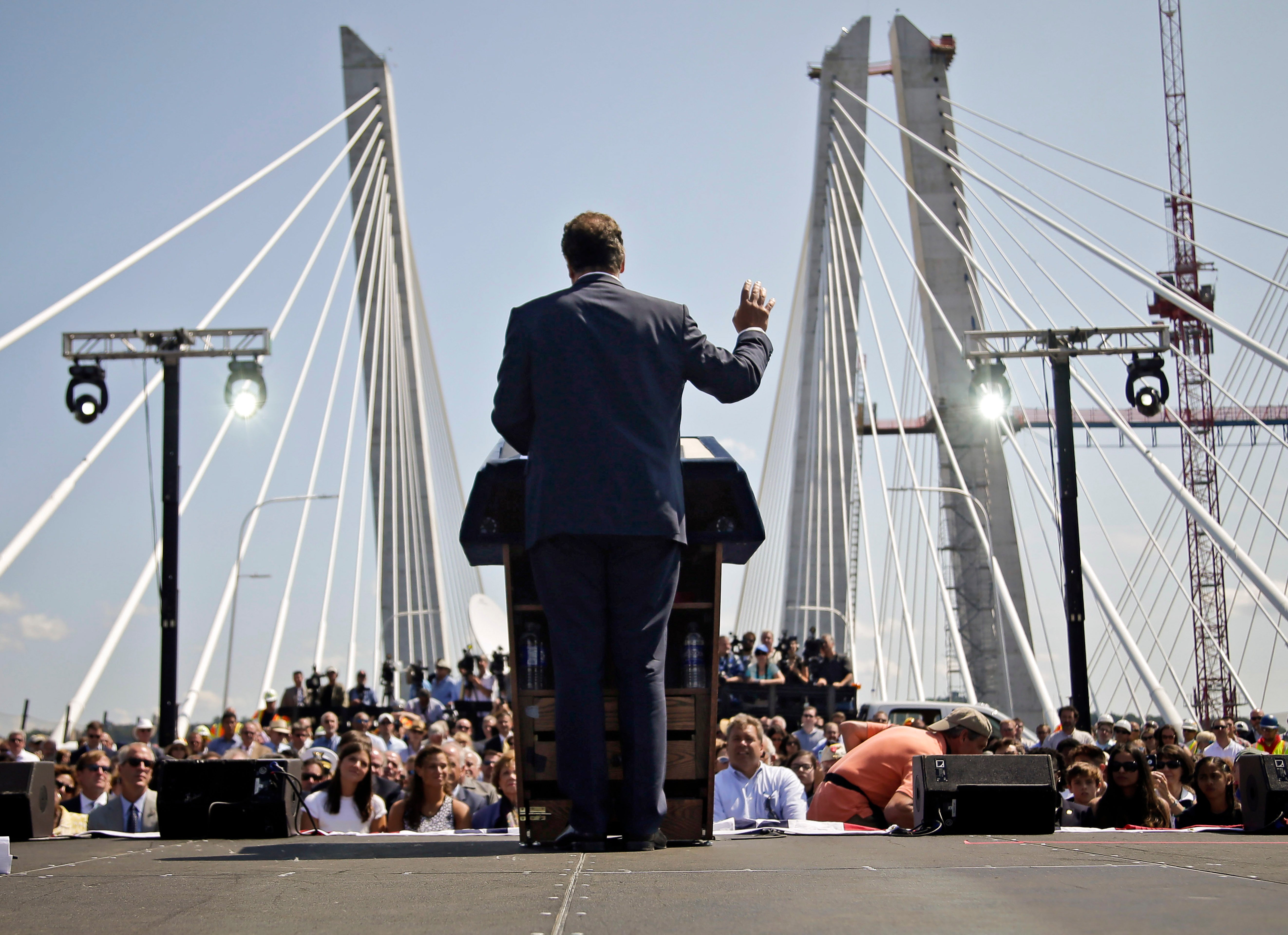 But now that the governor is resigning amid a storm of sexual harassment allegations, the push to restore the old name is gaining strength, according to local media.

State lawmakers on both sides of the aisle are joining the push to restore the old name for the bridge, which crosses the Hudson River in Tarrytown, N.Y.

Republican state Assemblyman Michael Lawler, a frequent Cuomo critic, had introduced renaming legislation back in March – well before the governor announced his resignation – that is getting renewed attention on both sides of the aisle. 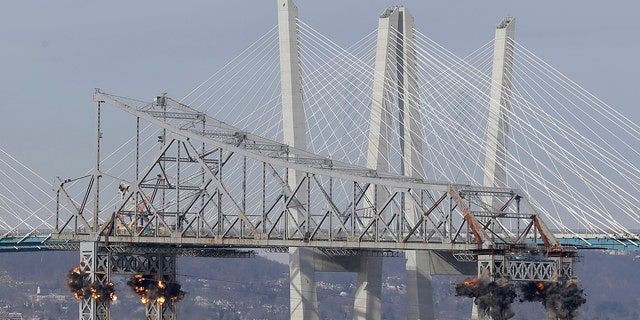 A section of the old Tappan Zee Bridge is brought down with explosives in this view from Tarrytown, N.Y., Tuesday, Jan. 15, 2019. (AP Photo/Seth Wenig)

“The renaming of the Tappan Zee Bridge was a cosmetic vanity project of Andrew Cuomo,” left-wing Assemblywoman Jessica Gonzalez-Rojas, who represents the same area where Cuomo grew up, told the New York Post Wednesday. “Given our approaching change from the regime of the administration to a new chapter, I think it’s appropriate to have a clean slate in several ways that include returning the bridge to its former name.”

The original bridge, foreground, has been demolished.

Ed Day, the Republican county executive in Rockland, told the Hudson Valley news outlet Lohud that the landmark bridge was renamed without any input from the people who lived near it – many of whom still refer to it as the Tappan Zee Bridge, regardless of what the sign says.

“With the governor’s office to soon have a new occupant, there has never been a better time to restore the name of the Tappan Zee Bridge than right now,” he told the outlet.

But it could be a case of the father being punished for the sins of the son.

Mario Cuomo governed New York for three terms between 1983 and 1994. He died in 2015, two years before the new bridge was completed.

The Tappan Zee name comes from 17th Century Dutch colonists, named after a group of Native Americans who used to live in the area and the Dutch word for sea.

The original bridge has been demolished.

A pair of massive wildfires within 150 miles of each other are terrorizing thousands in northern California two years after Gov. Gavin Newsom cut … END_OF_DOCUMENT_TOKEN_TO_BE_REPLACED