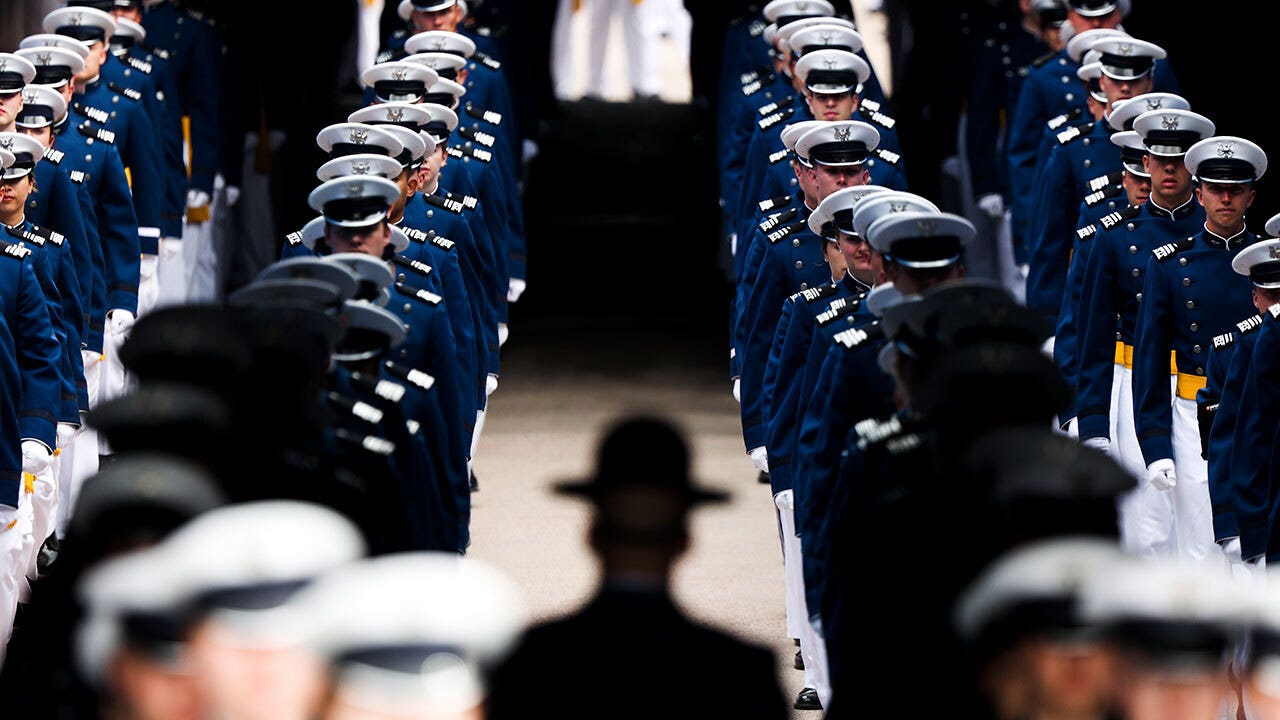 Incoming cadets at the U.S. Air Force Academy are required to watch a video that promotes support for the Black Lives Matter movement.

The video includes a hypothetical scenario with a mixed-race student named Jose, who is pressured by two of his friends to attend the Black Lives Matter meeting on campus. A third friend, apparently meeting Jose for the first time, introduces himself while expressing surprise that Jose does not look “more south of the border.”

After Jose explains that he is a mix of Mexican and Nigerian, the third friend makes a comment critical of Black Lives Matter.

NEWT GINGRICH: CRITICAL RACE THEORY AND MILITARY – THIS IS HOW OUR TROOPS AND THE COUNTRY WILL BE HURT

“No offense, but it seems like all lives matter would be a better way to bring people together,” the friend says. “Because Blacks aren’t the only lives that matter. It just seems like you’re dad’s family matters less than your mom’s.”

The video pauses and the student is then given three options to choose how to respond to the comment, with all three options expressing support for the Black Lives Matter movement. All three options lead to the actors discussing how the friend’s comments were “problematic” and “insensitive.”

The video, which was first reported by the Washington Examiner, is part of the Academy’s “Diversity, Equity, & Inclusion” training that is given to incoming students.

The Academy’s Chief of Media Relations Dean J. Miller told Fox News that the video is “required training for inbound cadets (appointees) ahead of their arrival to the U.S. Air Force Academy.”

“This is the first year this training has been used at the Academy, and it is used at universities and colleges across the country,” Miller added.

The video comes as Defense Secretary Lloyd Austin has tried to fend off critics who say the military has embraced critical race theory, with Austin saying the Department of Defense does not “teach” or “embrace” the theory at a House Armed Services Committee hearing in June.

A pair of massive wildfires within 150 miles of each other are terrorizing thousands in northern California two years after Gov. Gavin Newsom cut … END_OF_DOCUMENT_TOKEN_TO_BE_REPLACED