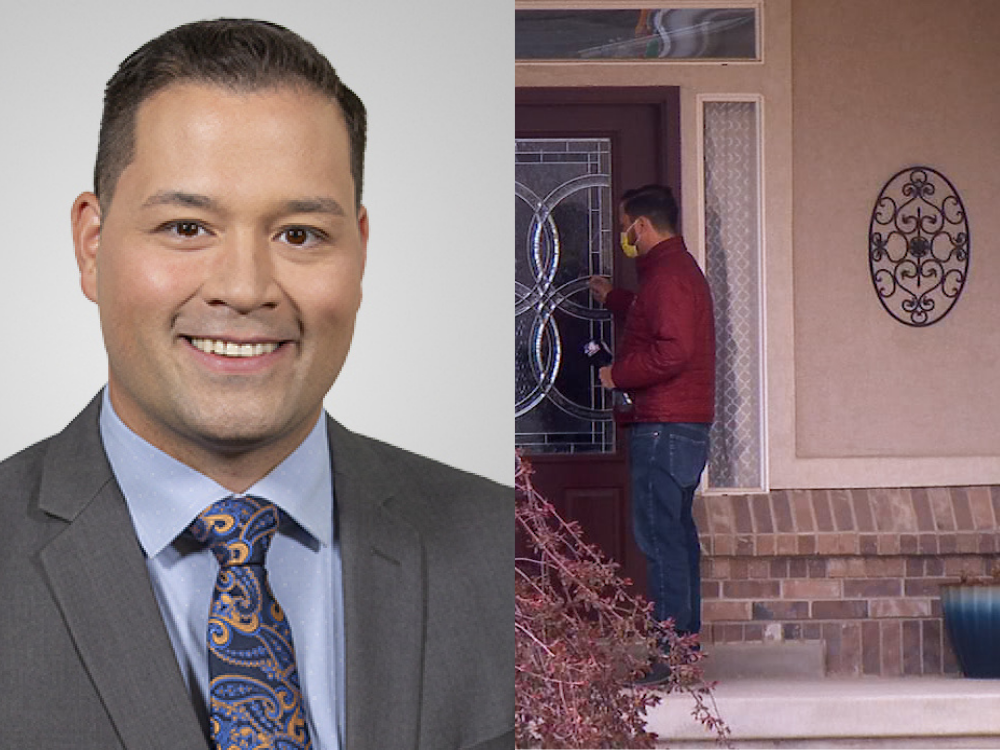 Reporter Jason Nguyen filmed himself going to the residence of Craig Shephard, a paramedic at West Valley City Fire Department. He then showed up at Shephard’s home in his report on live television and contacted his employer about the donation.

Shephard was one of the many individuals exposed in the data breach of a Christian crowdfunding website. Kyle Rittenhouse, 18, is on bail after being accused of killing two individuals in Kenosha, Wis., as well as shooting another. Rittenhouse pleaded not guilty and his trial is expected in November.

Shephard did not break the law by donating to the defense fund. He was exercising his constitutional rights and providing funding — a minimal amount at that — to an individual who has not yet been proven guilty in the court of law. It is unclear what the reporter deemed was newsworthy about using hacked data to track down a private citizen, or what exactly he was hoping to accomplish by contacting Shephard’s employer.

“Everyone in this country is entitled to due process including the presumption of innocence and a defense when charged with a crime,” GianCarlo Canaparo, a legal fellow at The Heritage Foundation told The Federalist. “There is nothing illegal or wrong with donating money to support someone else’s right to due process. In fact, such donations are protected by the First Amendment. Exercising your right to free speech to support someone else’s right to due process is a triumph of American governance and culture. Mr. Nguyen’s attempt to chill the exercise of that right is indefensible.”

The Federalist called and emailed Nguyen several times requesting comment but the reporter has not responded. Almost immediately after posting a preview of his stalking report on Twitter, people sounded off on Nguyen and questioned his motives.

This is totalitarian thuggery masquerading as reporting, Jason. I’m ashmed that you and I are considered practitioners of a shared profession. https://t.co/IaZqWlVuJR

Omg did you guys hear a paramedic donated $10 to Kyle Rittenhouse?!?!?

The management at @abc4utah should hear from folks about how absolutely disgusting this is. They need to unequivocally state they won’t use their position to bully ordinary citizens again. Contact them: https://t.co/36zxaP8TDA https://t.co/KNsNhGxthm

” …[H]is name is Craig Shephard and he is a paramedic for West Valley City Fire Department,” Nguyen said on television. “Officials tell me he used his government email account to donate to Kyle Rittenhouse’s defense fund. …I went to Shephard’s home to get his side of things. But those inside the home didn’t want to talk.”

Utah’s ABC 4 News did not respond to multiple requests for comment by The Federalist asking if the outlet backs Nguyen’s decision to show up at a private citizen’s home, and clarify why Shephard’s donation was newsworthy.

A pair of massive wildfires within 150 miles of each other are terrorizing thousands in northern California two years after Gov. Gavin Newsom cut … END_OF_DOCUMENT_TOKEN_TO_BE_REPLACED