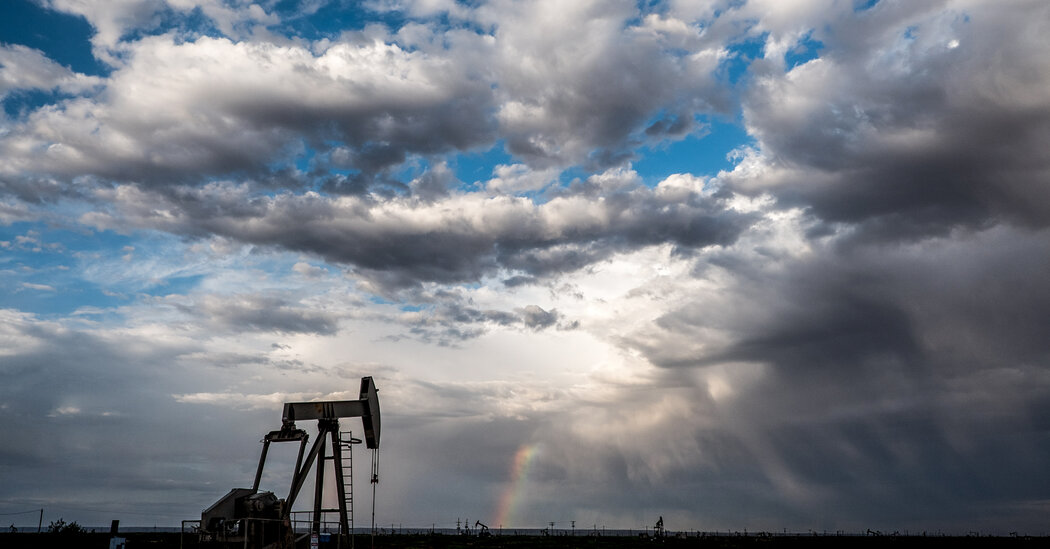 As concerns about climate change push the world economy toward a lower-carbon future, investing in oil may seem a risky bet. For the long term, that may be true.

Yet for the moment, at least, oil and gas prices appear likely to continue to rise as the economy recovers from the pandemic-driven shutdown of millions of businesses, big and small.

These countervailing trends — increasing demand now and falling demand at some point, perhaps in the not-too-distant future — create a dilemma for investors.

The good news is that an array of traditional mutual funds and exchange-traded funds are available to help them navigate these uncertain waters. Some funds focus on slices of the industry, such as extracting crude oil and gas from the ground or delivering refined products to consumers. Others focus on so-called integrated companies that do it all. Some spice their holdings with some exposure to wind, solar or other alternative energy sources.

While the range of options may seem intimidating at first glance, the variety is an advantage for investors because it offers many ways to diversify energy investments in the U.S. market, which is dominated by two integrated titans, Exxon Mobil and Chevron.

Still, investing in the oil and gas industry is not for everyone, especially these days. Some people object to putting money into the fossil fuel industry. Even if that isn’t an issue for you, energy has historically been a volatile industry, with astounding booms and devastating busts. Through March, the S&P Composite 1500 Energy Index rose 72 percent since the end of October, a period during which the Food and Drug Administration approved the first Covid-19 vaccine and President Biden’s election raised expectations of additional economic stimulus.

“It is not unusual to see cyclicals rally like this coming out of a recovery, and it makes sense now,” Chris Stuart, senior investment research analyst at the Commonwealth Financial Network in Waltham, Mass., said. “We are starting to see increased mobility across the U.S. More people are driving, more people are flying and so the demand part of the equation is most certainly improving, and the stocks are pricing in a sustained demand recovery.”

But these are unusual times for energy investing. The S&P energy index retreated 5 percent from March 17 to March 31, after the International Energy Agency forecast that oil consumption was not likely to return to prepandemic levels in developed economies.

“World oil markets are rebalancing after the Covid-19 crisis spurred an unprecedented collapse in demand in 2020, but they may never return to ‘normal,’” the I.E.A. said in its “Oil 2021” report. “Rapid changes in behavior from the pandemic and a stronger drive by governments toward a low-carbon future have caused a dramatic downward shift in expectations for oil demand over the next six years.”

Mr. Stuart said big oil companies are looking for long-term changes in demand for crude oil — whether a fall in developed economies, a rise in developing economies or both — “and will probably need to get a very stabilized price before increasing output.”

The price of West Texas Intermediate crude, the U.S. benchmark, tumbled below $15 a barrel as the pandemic shuttered economies around the world last spring; the price climbed back to about $40 last autumn, and in early April it hovered near $60.

Investors who had the stomach to get in at the bottom have had a wild ride. The SPDR S&P Oil & Gas Exploration & Production E.T.F. which is built to track the oil and gas exploration and production segment of the S&P Total Market Index, climbed 51 percent in the 12 months through March.

The fund’s largest holdings include Southwestern Energy, EQT, Antero Resources and Cabot Oil & Gas; its expense ratio is 0.35 percent and its annual dividend yield is 1.66 percent.

Another strong performer was the First Trust Natural Gas E.T.F., which invests only in natural gas producers via master limited partnerships and equities. It rose 77 percent over the same period. That gain may have comforted investors who were present at the launch in 2007 and were then hammered by reduced demand during the global financial crisis and excess supply during the subsequent boom in domestic shale-gas production.

First Trust, whose largest holdings are Diamondback Energy, Marathon Oil and Occidental Petroleum, has an annual dividend yield of 2.47 percent and an expense ratio of 0.6 percent.

Oil and gas funds leveled off in March, leading some analysts to conclude that the days of outsize short-term gains have passed, at least for this cycle.

“There may be some value left, but most of it has been squeezed out,” Ben Johnson, director of E.T.F. Research at Morningstar, said. “It looks like a lot of the easy money has been made.”

Value investors looking for energy exposure in anticipation of economic growth may want to kick the tires of the Energy Select Sector SPDR Fund. With $20.5 billion in assets, it is not exactly a sleeper pick, but it does yield 4.25 percent and its expenses are a parsimonious 0.12 percent.

The Energy Select SPDR invests only in U.S. companies and weights its holdings by market capitalization. As a result, Exxon Mobil and Chevron account for about 45 percent of the fund’s assets. Smaller amounts are invested in gas drillers and the oil field services company Schlumberger.

A more diversified alternative would not only invest in a broader array of integrated oil and gas companies but would also be exposed to fast-growing developing economies. Domestic growth may not increase oil demand as it would have in the past because of cost-competitive alternative energy. That is not the case in South and East Asia.

The $4.3 billion Vanguard Energy Fund is one such option. Its top holdings are a geographically diverse lineup of Royal Dutch Shell, TOTAL of France, ConocoPhillips and Marathon Petroleum of the United States and BP, the British multinational. The fund yields 4.16 percent and keeps its expense ratio to 0.33 percent.

The BlackRock Energy Opportunities Fund is another option. The $153 million fund’s top holdings are Chevron, Royal Dutch Shell and Total, each of which is active in Southeast Asia, where the I.E.A. forecasts oil demand to remain strong. This fund yields 2.83 percent and levies an expense ratio of 1.32 percent.

Investors who would rather avoid oil and gas companies may want to think about alternative energy funds. Many enable investors to zero in on discrete segments of the industry.

The biggest holdings of the Invesco WilderHill Clean Energy E.T.F. are producers of raw materials for solar cells and rechargeable batteries or builders and operators of large-scale solar projects. The $2.9 billion fund yields 0.49 percent and has an expense ratio of 0.7 percent.

The First Trust NASDAQ Clean Edge Green Energy Index Fund focuses on applied green technology. Its biggest holdings are Tesla, the American maker of electric automobiles; NIO, a Chinese rival in that field; and Plug Power, which makes hydrogen fuel cells for vehicles. Also a $2.9 billion fund, it yields 0.24 percent and has an expense ratio of 0.6 percent.

The First Trust Global Wind Energy E.T.F., as its name suggests, targets wind turbine manufacturers and servicers, led by the Spanish-German joint venture Siemens Gamesa Renewable Energy and Vestas Wind Systems of Denmark, as well as operators such as Northland Power of Canada. This $423 million fund yields 0.92 percent and has an expense ratio of 0.61 percent.

Obaidullah Amin made his way last week to the Kabul airport with his wife, Maryam, and their two children, joining thousands of other Afghans … END_OF_DOCUMENT_TOKEN_TO_BE_REPLACED