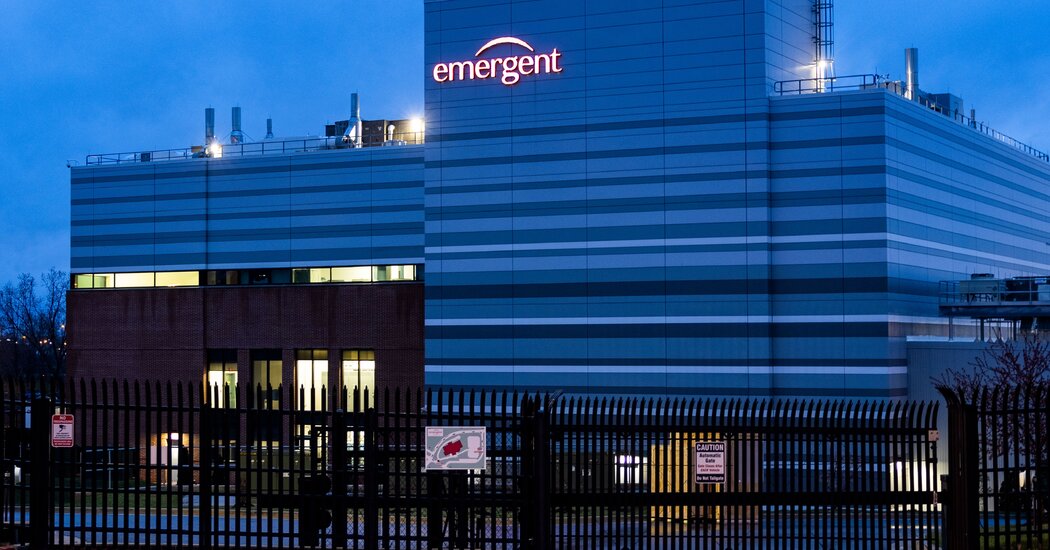 He also noted that audits by the F.D.A. and individual companies that had hired Emergent “highlighted the need for extensive training of personnel, and strengthening of the quality function.”

Nonetheless, he wrote, “the organization has the necessary experience/competence” to scale up its manufacturing. He wrote that “management is knowledgeable and appears self-confident,” and with enough government oversight, “risks can be mitigated.”

At the time of the visit, Emergent also planned to make a third Covid-19 vaccine, developed by Novavax, but that company has since partnered with another manufacturer in a government-backed deal. “Offloading the Novavax program to a different facility will also help reduce the load on Emergent Bayview,” Mr. de Notaristefani wrote.

Emergent is a longtime federal contractor in the area of biodefense. Sales of its anthrax vaccines accounted for nearly half the Strategic National Stockpile’s half-billion-dollar annual budget through most of the last decade, The Times reported last month. That left the government with less money for items needed in a pandemic, and last year, the stockpile’s shortage of basic medical supplies became a symbol of the government’s bungled coronavirus response.

Though the original federal contract for the Baltimore plant required Emergent to demonstrate large-scale manufacturing of a pandemic influenza vaccine — envisioned by health officials as a pressure test of its abilities — Emergent had yet to do so, The Times reported on Monday. The company risked defaulting on the original deal, which had set a deadline of June 2020. The company also has separate agreements with the two vaccine makers worth more than $875 million.

In the effort to resolve the factory’s troubles, federal officials have simplified Emergent’s mission, limiting it to only producing Johnson & Johnson’s vaccine and forcing AstraZeneca to move its production lines elsewhere. Johnson & Johnson is also now asserting direct control over the manufacturing, although the work force at the plant in southeast Baltimore remains Emergent’s.

A pair of massive wildfires within 150 miles of each other are terrorizing thousands in northern California two years after Gov. Gavin Newsom cut … END_OF_DOCUMENT_TOKEN_TO_BE_REPLACED