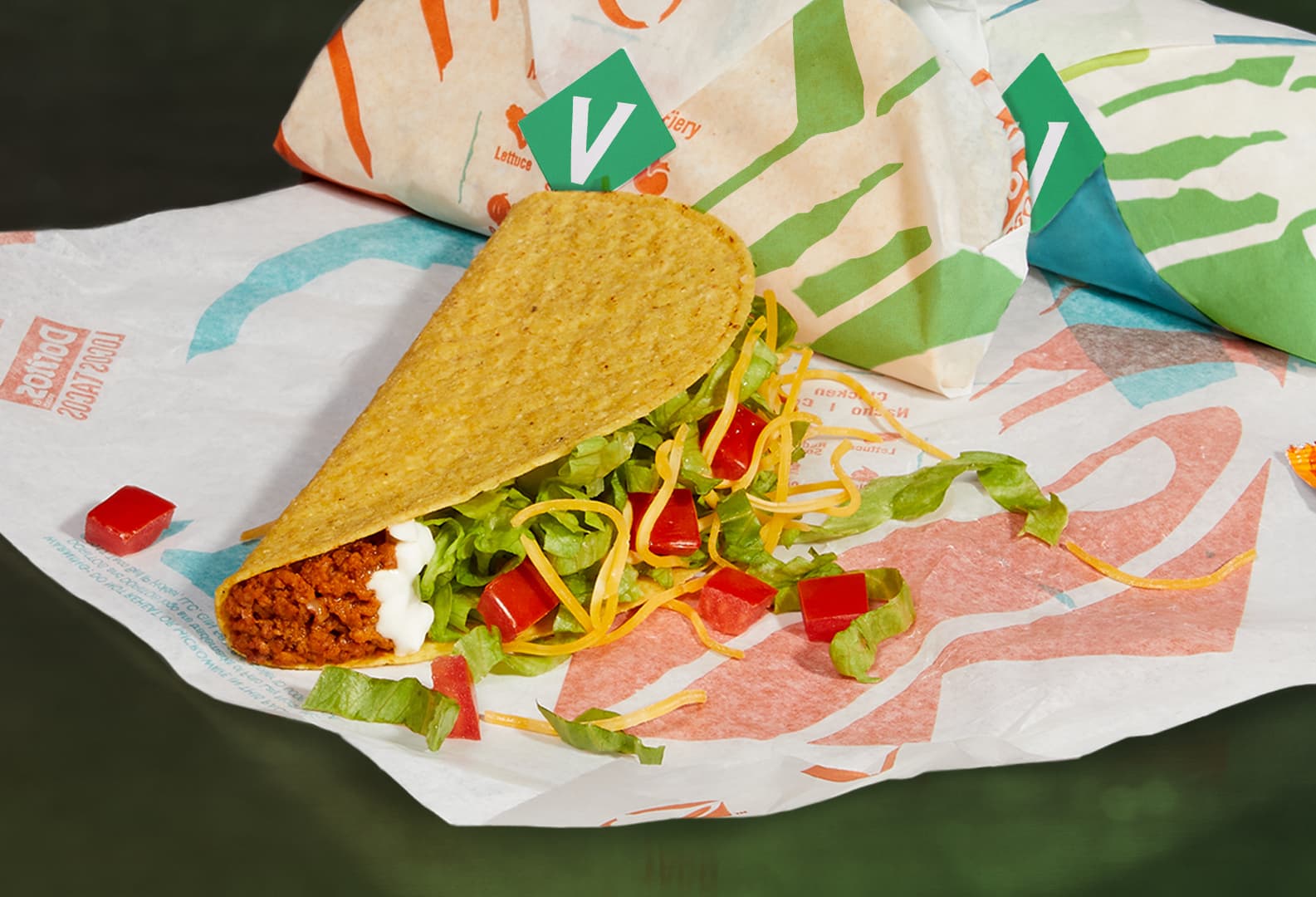 Taco Bell has begun testing its own meat alternative, giving its vegetarian customers yet another reason to come back to its restaurants.

The Yum Brands chain has previously been hesitant to add plant-based meat to its menu, citing the array of vegetarian options, like potatoes and beans, that are already available as substitutes. In January, it changed course, announcing that it would test a Beyond Meat alternative this year.

But first, customers will be able to try Taco Bell’s own plant-based option, made in the chain’s test kitchen. Its Cravetarian Taco, a vegetarian version of the Crunchy Taco Supreme, features a meat substitute made from a blend of peas and chickpeas. The taco also comes with shredded cheddar cheese, lettuce, tomatoes and sour cream in a crunchy shell.

For now, the Cravetarian Taco is available only at one Taco Bell location — in Tustin, California. The chain plans to test the item until April 29. Customers can also swap the meat alternative into other menu items, like burritos or chalupas, for no extra cost.

Shares of Yum, which also owns KFC and Pizza Hut, have risen 44% over the last year, giving the company a market value of $35.1 billion. Yum is expected to report its first-quarter earnings on April 28. The Mexican-inspired chain has largely bounced back from the coronavirus pandemic, but it’s still missing out on late-night and morning sales as consumers stay home.

Obaidullah Amin made his way last week to the Kabul airport with his wife, Maryam, and their two children, joining thousands of other Afghans … END_OF_DOCUMENT_TOKEN_TO_BE_REPLACED