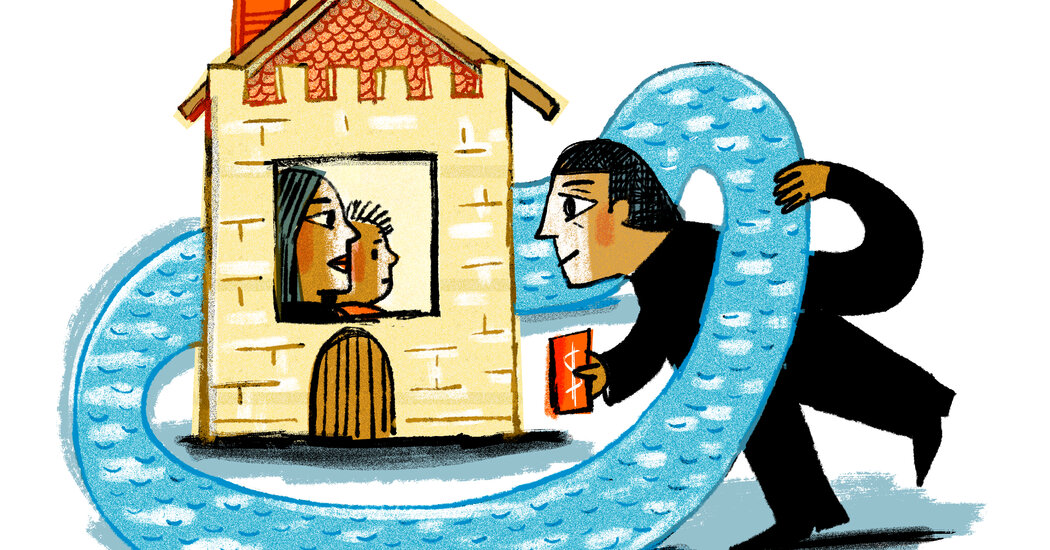 “Redfin has consistently been in favor of moratoriums,” said its chief executive, Glenn Kelman. “History will judge us.”

Zillow supports the C.D.C. edict, too, and it believes that moratoriums work most effectively when policies and relief programs include landlords and property managers in addition to renters. Last month, it published research suggesting that there could be as few as 130,000 evictions in the near future if everything goes right with legislation, regulations, their implementation and the economy. But it is a difficult figure to predict.

On the ground in Atlanta, Bilal Shareef also sees the wisdom of the coordinated approach that Zillow outlines. “I definitely wouldn’t feel as if we need to sue the government,” Mr. Shareef said. “Instead of displacing people who are renters, also provide assistance for landlords.”

Mr. Shareef is president of the Empire Board of Realtists, a trade organization with a pointed name that was founded in 1939, when other groups barred Black real estate professionals from their membership ranks. He’s also among the 1.4 million members of the N.A.R.

“Sometimes, we have to be on the inside to keep them honest about some things,” he said.

Warren Buffett’s Berkshire Hathaway is a big player in the Georgia real estate sales scene. Its chief executive there, Dan Forsman, said in an interview this week that he had not taken a public position on the eviction moratorium before I called him. But Mr. Forsman believes the moratorium should cease on June 30, the end of its current extension.

His is a nuanced view, because he had Covid himself. “I was scared to death,” he said. Last year, the moratorium made sense to him, when it was clear how worried some of his staff was. The unemployment rate was frightening, too. In the Atlanta region, it grew to 12.9 percent last April. By February, however, it had fallen to just 4.7 percent.

“I’m thankful for the leadership that the C.D.C. has shown,” Mr. Forsman said. “They’ve put their tails on the line and protected those who couldn’t protect themselves. And now it’s time to move on.”

A pair of massive wildfires within 150 miles of each other are terrorizing thousands in northern California two years after Gov. Gavin Newsom cut … END_OF_DOCUMENT_TOKEN_TO_BE_REPLACED